According to Beautyphoon, US 40 is a US Highway in the US state of Kansas. The road forms a long east-west route through the center of the state, from the Colorado border near Weskan to the Missouri border in Kansas City. Between Exit 76 and Exit 364, US 40 is double numbered with Interstate 70 for a length of 464 kilometers. The total route is 685 kilometers long.

West of the village of Weskan, US 40 in Colorado enters the state of Kansas from Denver, in a flat and treeless agricultural area at about 1,200 feet. Not far from here is the highest point of Kansas, which barely rises above the surroundings. US 40 is a lonely road through the prairies, with only a few villages for 70 miles to I-70. At the village of Oakley, there is an intersection with US 83, the road from Garden City in the south to McCook in Nebraska. After this, US 40 merges with Interstate 70 towards Kansas City.

464 kilometers east, US 40 rejoins I-70, on the east side of the city of Topeka, the capital of Kansas. The road here parallels I-70, which becomes a toll road here, the Kansas Turnpike. The road runs parallel to it for a short distance, first to the north, later to the south. One soon reaches the city of Lawrence, which has 90,000 inhabitants. Here one crosses US 59, the road from St. Joseph in Missouri to Miami in Oklahoma. The road then crosses the Kansas River, and crosses I-70 again. After this, US 40 merges with US 24, which also comes from Topekacomes via a more northerly route. Both roads will then be double numbered for the rest of the route in Kansas.

US 40 was created in 1926. The current route was then numbered US 40S, west of Manhattan US 40 was split into US 40N and US 40S. US 40N is now US 24. In 1932 the route east of Ellsworth was paved, as was part of Hays, but the rest was an improved gravel road. During the 1930s, thousands of miles of main road in Kansas were paved, including US 40. Less than 15 years after US 40 was paved, construction began on Interstate 70, the first section of which overlaps US 40 in was opened in 1956. The Kansas Turnpike also opened in 1956between Topeka and Kansas City, but it was built parallel to US 40. West of Topeka, I-70 was built right next to US 40, the last section of which opened in 1967. US 40 is of little use as a number in Kansas, the only section that is not double-numbered with other routes (west of Oakley) is of little through importance because there are no towns of any size adjacent to it. 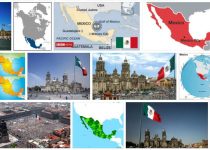 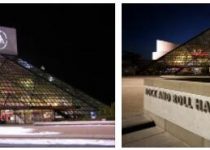