The Banaue Rice Terraces are known throughout the world as the Eighth Wonder of the World. Built over 2000 years ago by the most ancient mountain tribes of the Ifugao, the terraces are located high in the Cordillera, in the central part of Luzon.

Boracay is a small island that has already gained the reputation of one of the best beaches on earth. Seven kilometers of the finest white sand, very rarely found in nature, coconut palms and crystal clear water… Boracay is a pearl in the crown of Philippine beaches. Everywhere on the shore there are restaurants with a variety of cuisines of the world and local delicacies. Evening cocktails and walks along the beach from bar to bar, watching the changing colors of the sunset, the mysterious night sea and the dark silhouettes of palm trees in the light of lanterns – all this has become almost a tradition for everyone who comes here. And, of course, live music: Boracay, considered the capital of nightlife, offers a variety of concerts and parties. And in the morning it is best to go to the sea: here, on Boracay, absolutely all water sports are available, and the corals and variety of fish species are simply beyond description. In a word, Boracay has everything you could want from an island – after all, it is one of the best beaches in the world.

Sailing and kayaking are very popular in Boracay, and the international Paraw Regatta is held here every year. The most interesting dive sites surrounding the island and many diving centers with professional instructors also contribute to an exciting pastime.

One of the brightest islands in the country, Bohol, is located 700 km south of Manila and 70 km southeast of Mactan Island (Cebu). The capital of the province of Bohol is the small city of Tagbilaran, which has air links with Manila and Cebu. This small island is famous for its Chocolate Hills – a unique natural phenomenon – more than a thousand hills of conical and round shape 30-50 high. Depending on the season, their color changes – during the wet season they become bright green in color, in the dry season the grass covering the hills turns chocolate brown.
The smallest monkeys in the world live here. The island is rich in underwater life.

The island of Bohol has a developed infrastructure for scuba diving with a large number of diving centers, which is not surprising – the total area of ​​​​only shallow reefs is 39 thousand square meters. km., and the abundance of sunken ships, most of which belong to the period of the Second World War, attracts the constant attention of divers from all over the world.

Palawan is one of the last unexplored islands in the Pacific Ocean. The famous underwater explorer Jacques Yves Cousteau once said that he had never seen such stunning seascapes anywhere in the world as in Palawan.

Palawan has been recognized as a world natural reserve: majestic rocks, primeval caves, rich underwater world, underground rivers, wild beaches, exotic and amazing flora and fauna found nowhere else in the world, such as the scaly anteater or mouse deer. The water area surrounding the island is one of the most beautiful places for diving.

One of the longest underground rivers in the world flows along the western coast of the archipelago, and Ursula Island has been declared a fish and wildlife sanctuary. It is home to rare, endangered sea turtles and the sea cow, the rarest mammal in the world. Among the dense vegetation, in the central part of the island, there is a crocodile farm. Palawan Island was created for those who want to retire on the shore of a cozy bay among dense exotic vegetation.

The reserve, covering an area of ​​more than 96,000 hectares, is located northwest of the island of Palawan, in the town of El Nido. In the purest waters of the reserve, the rarest mammal lives – the sea cow, known as the “dugong”. Numerous islands are famous for dazzling white beaches, mangrove forests, coves with bright emerald water and majestic limestone cliffs.

All the geological and underwater natural wonders of Palawan are concentrated in El Nido. Majestic limestone cliffs have protected coves and lagoons for about 250 million years. The diversity of local fish and coral species is incalculable. El Nido is made up of 39 small islands, mostly uninhabited. Each is easily accessible by boat for a day at your own private beach, sunbathing, snorkeling and swimming in the lagoons. The forests of El Nido are home to more than a hundred species of birds, most of which can only be seen in Palawan. 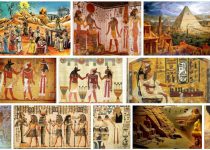 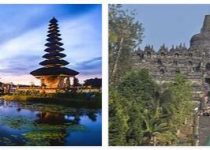 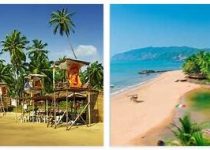