Nairobi National Park is Kenya’s first national park, opened in 1946. This is a unique ecosystem, the only one of its kind, located so close to the capital city. The park is located just 7 km from Nairobi city center and covers an area of ​​117 km². Although it occupies such a small area, it contains almost all the animals that are found in much larger parks, except for elephants. It is also the best place in Kenya, if not all of Africa, to watch black rhinos in the wild.

The savannah ecosystem is made up of various types of vegetation. Open grassy plains with isolated acacia bushes predominate. On the western side there is a mountain dry forest, and by a permanent river there is a coastal forest. To the south are the Athi Kapiti Plains and the Kitengela Migratory Corridor, which are very important areas for wildlife dispersal during the rainy season. However, the plains dwellers dispersed during the rainy season return to the park in July and August, as there are permanent water sources in the park. The artificial dams in the park have become another habitat that suits some bird species and the aquatic biome. Such diversity attracts many wild animals, including more than 400 species of birds and about 100 species of mammals.

It will take you 3-4 hours to drive around almost the entire park, and there are some roads in the park that are suitable for sedan cars. The national park has plenty of picnic areas and hiking trails at hippo pools.

Important attractions of the park are wildebeest and zebra migrations in July and August, as well as a monument to the site of the burnt Ivory, walking safaris, an animal shelter and hiking trails in reservoirs with hippos.

Where else on the outskirts of the capital (and indeed any other city), just 15-20 minutes from the center, you can go on a safari, where you can be sure that you will see lions and rhinos, as well as many other wild animals in their natural habitat.

The park is home to about a hundred species of mammals, including black rhinos, lions, leopards, cheetahs, hyenas, buffaloes, giraffes, zebras, wildebeest and elands, as well as more than 400 species of birds, including migratory and endemic.

January to March is hot and dry, April to June is hot and humid, and July to October is very warm and humid.

Halfway to the coast of Kenya are Watamu and Malindi, areas that were very fond of Ernest Hemingway, who came here for sport fishing. In the marine parks of this area, coral reefs are located several kilometers from the shore, and glass-bottom boats are the usual means of transport to reach them. This gives non-swimmers a glimpse of the coral and colorful fish that cluster around the boat waiting to be fed. The fish will try to peck at your fingers and toes if they think you have something tasty for them.

There is not as much reef here as in the south, but it is still worth seeing more than 140 species of hard and soft corals living here. Tewa Caves is an amazing dive site for the Indian Ocean’s small-eyed groupers, who, when viewed from the side, seem to be sitting motionless in the water. These harmless creatures can reach a weight of 400 kg and a size of 2 m in length. Watamu Marine Park also covers the mangrove forests of Mida Bay, where young corals grow before they are carried away by the current to the main reef.

The park’s coral reefs are home to over 500 species of fish and 20 squid. Of the large species, whale shark, stingray, octopus and barracuda are found here.

Watamu is home to various species of sea turtles and has a Watamu Turtle Watch program whose main task is to protect the beach for the safe laying of eggs. The beach is constantly patrolled and strictly guarded. Green turtles, hawksbill turtles and occasionally olive turtles nest on the beach. Leatherback turtles do not nest in Watamu and Malindi, but they migrate past them in nearby waters. In addition, the park is home to over 100 species of birds.

The temperature on the tropical coast does not vary much throughout the year, with daytime temperatures typically hovering between 26-31°C. However, due to the humidity during the rainy season, the weather can feel much hotter. Underwater visibility in Malindi and Watamu is poor between March and June as the rains bring river silt which clouds the water.

Rainy season: from April to June – long rains, each month usually receives 200-300 mm of precipitation, the wettest month is June. Short rains occur in October and November, with an average rainfall of 70-80 mm.

Dry season: January to March is the hot and dry season, while August and September are warm and dry with atypical short showers.

The entire coast is a malarial zone.

There are many diving schools where you can rent snorkeling and diving equipment.

The coast is full of resorts, all offering boat trips and water sports. 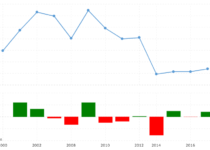