Located in the African Maghreb region, Morocco is a Muslim country in which Spanish and French influences have adapted to the rich Arab and Berber cultural tradition. Its territory, cut by high mountain ranges, is generally less hot and dry than that of neighboring countries.

According to PROEXCHANGERATES, Morocco is located in northwest Africa and is separated from Europe by the Strait of Gibraltar. It is limited to the west with the Atlantic Ocean, to the northeast with the Mediterranean Sea, to the east and southeast with Algeria and to the southwest with Western Sahara (ex-Spanish Sahara).

Western Sahara, a territory limited to the east and south by Mauritania and to the west by the Atlantic, was annexed by Morocco, despite international protests and nationalist groups, after Spain withdrew from the region in 1975. considering Western Sahara, Morocco has an area of ​​458,730km2 (710,850km2 with Western Sahara). The Moroccan government claims to Spain the Spanish towns of Ceuta and Melilla and the Chafarinas islands.

With an average altitude of 800m above sea level, Morocco is a predominantly mountainous country. Two mountain ranges, the Rif, along the north coast, and the Atlas, in the center, divide eastern Morocco, physically similar to neighboring Algeria, from the more mountainous Atlantic Morocco. The two regions are connected by the Taza gorge in the northeast, as well as by highways that follow old colonial routes. Mountainous systems were formed as a result of the folds and uplifts of the tertiary period, some sixty million years ago. The Atlas mountain range consists of three parallel chains: the Middle Atlas, to the north; the High Atlas, in the center; and the Anti-Atlas, to the south. The highest altitudes are found in the Middle Atlas (3,290m) and, mainly, in the High Atlas, where the Toubkal reaches 4,165m.

Variable according to latitude, the climate is Mediterranean in the north and desert in the south. The influence of the Atlantic, however, is important, because the humid winds and the cold ocean current from the Canary Islands reduce the temperature in the coastal strip. On the coast, the average temperature during the day, in the summer, fluctuates between 18o and 28o C. In the interior, however, it often exceeds 35o C. The averages in winter oscillate between 8o and 17o C, during the day, and in the interior they fall significantly, often below zero.

The mountains play an important role in the country’s economic life, as they are the main generators of water for irrigating the plains. The great permanent rivers that flow into the Atlantic are born there, such as Sebou, Bou-Regreg, Oum-er-Rbia, Tensift and Sous; to the Mediterranean, such as Moulouya; and, even for Sahara, like Dra and Dades. For the most part, however, Moroccan rivers are temporary.

Outside the desert areas, the vegetation of Morocco resembles that of the Iberian peninsula. Along the coast, maqui, a shrubby vegetation typical of the Mediterranean area, predominates, which, in the Rif, gives way to the coniferous forest. The plateaus are covered by steppes, while along the Atlantic coast there are cork oak forests. The Middle Atlas has magnificent cedar forests and, to the south of the Anti-Atlas, the vegetation is of the desert type.

The Moroccan population is of Arab and Berber origin, although the differences between the two groups are more linguistic than racial. The Berber language, despite being strongly influenced by Arabic, has been preserved in mountainous regions. Berber-speaking peoples are divided into three ethnolinguistic groups: the rif, from the Rif chain; the tamazight, from the Middle Atlas; and the Shluh, from the High Atlas and the Sous Plain. The rest of the population speaks Arabic and is made up of Arabized Berbers, as well as a small number of Bedouins who arrived in Morocco with the Islamic army in the 7th century or with the hilal invasive tribe in the 11th and 12th centuries.

The Spanish Muslim immigrants who arrived in Morocco during the Christian reconquest of the Iberian peninsula, which ended in 1492 with the capitulation of the Moorish kingdom of Granada, were a mixture of Arabs, Berbers and Iberians, whose descendants live in Rabat, Salé, Fez and Tétouan . European colonization brought a minority of French and Spaniards, which before independence reached half a million inhabitants. The languages ​​of these groups continued to be spoken later in the urban areas where France and Spain exercised their protectorate. Numerous and important before the creation of Israel, the Jewish minority has greatly decreased as a result of emigration to the Jewish state.

The population is concentrated in the plains, plateaus and hills of the northwest of the country. The arid regions of the east and south and the Atlas mountains are sparsely populated. With a fairly young population at the end of the 20th century, Morocco had a high birth rate and high population growth. The country’s capital is Rabat, but Casablanca is the most important city and the main industrial and commercial center. Marrakech, Fez and Meknès are traditional cities, and Tangier is a tourist center. 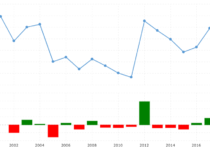 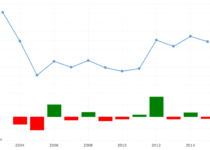