Abbreviated as GAB by Abbreviationfinder, Gabon is formally a democracy, but in practice almost all power lies with the president and his immediate circle. In recent years, media freedom has been eroded. Political influence exists in the judiciary and corruption characterizes the entire society.

Gabon has been ruled by the Bongo family since the 1960s, first by Omar Bongo between 1967 and 2009, then by son Ali Bongo who took over after his father’s death. Since Ali Bongo suffered a stroke in November 2018, it is unclear how much power lies with the president himself or whether it is people in his immediate circle who govern the country.

The Bongo family mainly exercises its power through the Gabonese Democratic Party (PDG), which not only holds government power but controls the entire state apparatus. All key posts are filled with family and friends. The opposition is weak and divided, among other things because PDG often incorporates its enemies into unity governments in order to take the lead off the resistance.

Since 1991, multi-party systems exist and there are a variety of political parties to choose from. General elections are held on a regular basis both to Parliament’s second chamber and to the presidential post. However, the most recent parliamentary elections were postponed three times, from 2016 to autumn 2018. Accusations of voting have been made.

Gabon’s politics and society are riddled with widespread corruption and brother-in-law politics. The bongo family is reported to be living in luxury and has used the country’s large oil revenues to appease opposition and critics as well as acquire loyal allies. There is a small rich elite consisting of both regime friends and oppositionists. In 2019, Transparency International ranked Gabon as 123rd of 180 countries in its index of corruption in the world (see full list here). The country was at about the same level for most of the 2010s.

Freedom of the press and expression should prevail in Gabon, but according to Reporters Without Borders, this has been eroded in recent years. In 2020, the organization ranked Gabon 121 out of 180 countries in its index of freedom of the press in the world (see the full list here). It was six investments worse than the year before and one fall from 89th place in 2013.

There is a ban on slander. This means that anyone who writes critically about high-ranking people can be imprisoned, which contributes to self-censorship among journalists. Death threats and other serious threats have been directed at critically reviewing reporters. Photographing or filming police violence has sometimes resulted in journalists being abused by the police themselves.

In Gabon, several weekly and monthly newspapers are published that are critical of the regime, but they are occasionally subjected to harassment by the authorities. Occasionally, opposition newspapers get their publishing licenses revoked, at least for a while.

On the internet and in social media a free debate is ongoing, mostly without any attempts by the regime to silence opposition websites or bloggers.

According to the constitution, the judicial system should be independent of the state power, but the president and the government occasionally interferes in the judicial order. The defendant has the right to defendants and trials are usually public, but many judgments are served after very summary court proceedings.

Oppositionists risk being arbitrarily arrested by the police and the security services. They can be taken in for questioning and risk being kept isolated in police custody. Torture is used to force confessions.

In the country’s prisons, there is a shortage of food and medicines and the sanitary conditions are poor. It is common for incarcerated people to wait for years for trial. It appears that they are being abused by their detainees. The death penalty was abolished in 2007.

Gabon will be modernized

President Bongo is presenting a program for the “growing country of Gabon”, in which major investments will be made in the environment, services and industry in order to modernize Gabon, attract foreign investment into the country and make it less dependent on oil.

The Constitutional Court confirms that Ali Ben Bongo won the presidential election, with 41.8 percent of the vote. He then leaves the presidential office. In his new government he reduces the number of ministers and replaces several old ones, in an attempt to counter the widespread corruption and to some extent to free himself from his father’s rule.

The votes are recalculated

The unrest and the opposition’s questioning of the election result forces a recalculation of the votes.

Rumors that Bongo won with French help lead to a week of unrest and hostile demonstrations. The worst hit is the economic capital of Port Gentil, where Manboundou won the most votes. In eastern and southeast Gabon, a majority support Bongo, while Mba Obame, from the largest people group fang, is the most successful in central Gabon, including the capital Libreville.

The Election Authority announces that Ali Ben Bongo received almost 42 percent of the vote in the presidential election, against 26 percent and 25 percent respectively for the opposition’s André Mba Obame (former Interior Minister) and Bruno Ben Manboundou. The turnout is just over 44 percent. All three proclaim themselves victors, and the opposition claims that electoral fraud has occurred on the regime’s side.

The ruling party PDG appoints Omar Bongo’s eldest son Ali Ben Bongo as its candidate in the presidential election to appoint a successor to the deceased president. The election of Ali Ben leads to sharp contradictions within the PDG and several senior senior members leave the party to stand as independent presidential candidates.

President Omar Bongo dies, and 30 days of mourning are announced.

Bongo is treated for cancer

President Bongo is “temporarily” handing over power to the Vice President, officially to mourn his wife who passed away in March, but in fact to receive cancer treatment at a Barcelona hospital. Gabonese media speculating on who will succeed Bongo are temporarily suspended by the authorities.

The regime wins the Senate election

The Bongo regime further consolidates its power as the ruling party PDG wins 75 of the 102 seats in the Senate. 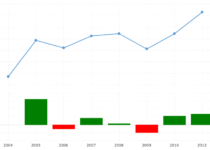