Abbreviated as DJU by Abbreviationfinder, Djibouti is governed by authoritarian methods by President Ismail Omar Guelleh and his party coalition the Union for Presidential Majority (UMP). Guelleh and the circle around him have incited both political opposition and free media. The regime is regularly accused of violating human rights.

Much of the power is gathered by President Guelleh personally. He has ruled Djibouti since 1999 and there are no restrictions on how many times the president can be re-elected.

Formally, the country has a multi-party system, but the governing UMP almost completely dominates the policy. Authoritarian funds limit the opposition parties’ ability to operate and have had a hard time gaining influence since the country’s independence in 1977.

Freedom of assembly and association is restricted and the influential security service harasses the opposition. In fact, personal relationships and, not least, customer affiliation play a greater role than the political parties.

There are opposition groups in exile, especially in France and Belgium, which in some cases have succeeded in getting the EU and France to press for the government to implement political reforms.

Politics is dominated by men. Sixteen of the 65 seats (25 percent) in Parliament are reserved for women.

According to Transparency International, corruption is widespread in the Djiboutian society. In its index of corruption in the world, the 2019 organization placed Djibouti as 126th out of 180 countries, that is among the worst third (see the full list here). During the 2010s, the trend was that corruption in the country gradually increased somewhat.

The media supply in Djibouti is almost completely controlled by the state and used by the regime for propaganda. There are no privately owned or independent media left in the country. The few oppositional media that exist exist from abroad as well as via the internet.

Freedom of the press and opinion is guaranteed by the Constitution, but the authorities have made a number of interventions against the media’s activities. For example, newspapers have had their publishing licenses revoked, regime-critical journalists have been imprisoned or harassed by the authorities in other ways, both legally and financially.

As a result, the media avoids sensitive topics, such as human rights violations, military action, relations with neighboring Ethiopia and French aid.

Djibouti can afford to watch foreign satellite TV channels, such as the British BBC and American Voice of America. Opposition groups in exile have their own websites online, but the authorities limit access to these internet sites as well as to regime-critical media.

In Reporters Without Borders index of freedom of the press in the world, Djibouti is placed in the bottom layer. In 2020, it was ranked 176th out of 180 countries (see full list here), a deterioration of nine rankings compared to 2013. Only China, Eritrea, Turkmenistan and North Korea are ranked lower.

After independence, Djibouti’s legal system was adapted to Islamic Sharia law, while retaining parts of the French system. Sharia is mainly used in family law. In rural areas, customary law is applied.

The authorities often interfere in the work of the courts. The president appoints the country’s judges for life. Corruption permeates the legal system.

The government has repeatedly been criticized for violating human rights. It appears that police and military act with brutality and that people are arrested on arbitrary grounds. People who criticize President Guelleh or his party alliance UMP are routinely harassed and risk being arrested.

The conditions in the overcrowded prisons are harsh. Torture is prohibited, but there have been reports of prisoners being tortured and abused. The death penalty was abolished in 1995.

The EU will launch Operation Atalanta with Djibouti as its starting point. The purpose of the operation is to stop piracy in Somali waters by military means.

Border disputes erupt between Djibouti and Eritrea in the disputed area of ​​Ras Doumeira, where the border between the countries is not fixed. Djibouti and Eritrea share the cape that forms the inlet and outlet for shipping to and from the Red Sea. At least nine Djiboutian soldiers are killed. The United States accuses Eritrea of ​​”aggression” and of initiating the fighting.

New big victory for the government 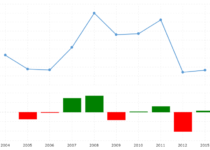