The national flag was introduced in October 1992. In the lower half of the blue cloth, it shows a red stripe framed in white as the “road to progress”. Moved towards the Liek, the flag as a symbol for the main islands bears a wreath of ten five-pointed golden stars, which are arranged in such a way that there are three stars in the blue stripes above and below and two stars in the two white stripes. The blue color of the flag symbolizes the ocean.

The coat of arms, which has been in effect since October 25, 1992, shows a blue triangle with a torch, which is surrounded by the country’s name. This all includes a double blue circle, the top of which is pierced by a gold plumb line. The circle is bordered to the right and left by five golden stars each, underneath are two green palm branches with three golden chain links. The stars stand for the main islands of Cape Verde, Torch and Triangle for unity and peace. The plumb bob is a symbol of strength and righteousness.

The national holiday is July 5th. It commemorates the 1975 proclamation of independence. According to campingship, Cape Verde is a country located in Africa.

With a gross national income (GNI) of (2017) US $ 2,990 per resident, Cape Verde is one of the middle-income developing countries, but around a quarter of the population lives below the poverty line. The island nation is primarily dependent on foreign development aid, remittances from Cape Verdeans living abroad, and income from tourism. Since 1998, the country’s economy has been aligned with the requirements of the IMF and World Bank. The “Program for Poverty Reduction and Growth” launched in 2002 primarily includes the continuation of privatization in the areas of industry, infrastructure, telecommunications as well as banking and insurance. Two of the most pressing problems remain high unemployment (2016: 10.7%) and (despite debt relief) high foreign debt (around 1.15 billion euros).

Foreign trade: The trade balance has been very negative for years. In 2016, imports worth € 691 million were set against exports worth € 149 million. The most important export goods are re-exports of fuel, fish and fish products, textiles and shoes. Mainly food and consumer goods are imported. The main trading partners are Australia, Portugal and Spain.

Because of the strongly fluctuating precipitation up to several years of dry periods with almost no rain, the heavily parceled agricultural area is of little importance. Only 14.6% of the land area can be used for arable farming, 6.2% for cattle breeding. Bananas, sugar cane and coffee in humid areas are grown for export, corn, beans, potatoes, coconuts, cassava and peanuts for the local market. The low yields are insufficient for self-sufficiency, so that around three quarters of the food has to be imported. Livestock farming is important (especially goats, pigs and cattle).

Fisheries: Fisheries and fish processing generate around 91% of export earnings. The main catches are tuna and lobster. Since 1990 there have been fisheries agreements with the countries of the EU which received fishing licenses in exchange for foreign currency payments.

The industry is only moderately developed and mainly focuses on the processing of agricultural products. There is also some light industry (textile factories, beverage industry) and cement production. The main industrial centers in the country are Praia and Mindelo.

Cape Verde has only a few raw material deposits. Salt and volcanic tuffs (pozzolans) are mined mainly for export, as well as small amounts of basalt, lime, gypsum and clay.

Tourism has developed into an important branch of the economy in recent years. In 2016, 644,000 foreign visitors came to the islands, mainly from Great Britain, France and Germany. Tourist attractions are the volcanic mountain regions especially on Fogo and the wide sandy beaches (Boa Vista) as well as the water sports on the eastern islands.

Overall, the tourist offer is not geared towards mass tourism, but towards upscale individual tourism.

With international support, the modernization and expansion of the infrastructure has started in recent years. The road network has a length of 1,350 km, of which 932 km are paved. There is now regular ferry service between most of the islands. Modern deep sea ports have Mindelo (Porto Grande) on São Vicente and Praia. There are international airports in Sal (Amilcar Cabral) and in Praia; the other large islands have airports for domestic traffic. 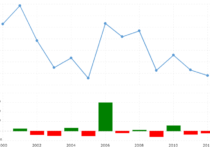 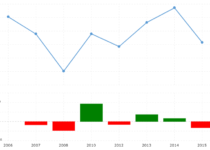