The anthropology of the indigenous bloodlines of Brazil is, it can be said, barely in its initial state. The fundamental work for the knowledge of the external form on the living, that of Ehrenreich, cited below, takes into consideration less than 200 individuals, from regions distant from each other and each very extensive.

The osteological material that is presented in the literature of the immense Brazilian territory is made up of skulls, mostly not numerous. Very few skeletons have been studied in their characters; and with aged methods. However, an anthropological sketch of this region on existing material can be attempted when one bears in mind that it is an attempt that further research must correct and refine. Indeed, some fundamental facts have already been gathered which constitute general indications for resolving the question.

From the elaboration of the Ehrenreich data, and above all from the application made to them (Sera) of a new method to rigorously appreciate the height of the cerebral skull (considered as a three-dimensional solid body; see cephalic, indexes), it appears in the first place that the different ethnic groups belonging to the three great cultural divisions Cariba, Arawak, Tupi (so-called intermediary cultures), are characterized by a dolicho-meso-cephalic and low (platicephalic) skull. To put it better, platicephaly is more pronounced, that is, more frequent, in the ethnic groups belonging to these divisions, although it can also occur sporadically in different ethnic groups due to their ethnographic and linguistic belonging. This last fact should not be surprising, since, although in the territories of Brazil the low density of the population must have been relatively favorable to the maintenance of the characteristics of elevated skull.

The characteristic of platicephaly must however be considered, in the region, as a good distinctive criterion, and as a good case of ethnographic-anthropological parallelism (Sera). Exceptions to this parallelism are the lineages of the Purús, which linguistically are Arawak or perhaps have been influenced by it; but Ehrenreich himself says that culturally they are somewhat divergent.

Regarding the facial features of the platycephalics, they are quite different between the groups, but on the whole they are never accentuated Mongolian, as we will find in the Bororó, for example, while on the contrary they sometimes reach marked Europeanizing aspects, such as for example. in the Paressi (Arawak) or in the Nahaqua (Caribi; fig. 1). Mostly, they have the common type in America, not as open-eyed as in the European and the Negro. They have characters of refinement, having narrow and high noses, a high, oval face, that is, with little bigonic width (between the corners of the jaws). The skin color is usually quite dark. Among the Bacairi there are strongly curled hair.

We add some metric data of the groups that have the purest type: 9 male Paressi gave an average horizontal cephalic index of 77.5, an average stature of 160.5, a ratio of the length of the lower limb (trochanteric height, i.e. from the ground of the trochanter of the femur) to the stature, of 1.85, that is of mesatiskelia (medium proportions) but turned to the macroschelia (long-legged proportions); 10 Bacairi a horizontal index. average of 79, a stature of 160.8, a ratio of the lower limb to the stature of 52.1, ie of initial macroskelia.

Now it is very interesting to note, for the purpose of establishing the geographical and morphological origin of this Platycephalic type, that one of the two Andean types, the Aymará, is characterized by a low skull (Sera), while it has been known for some time (Rivet), that a large mass of platycephalics (mostly Arawaks) in the northern part of South America (Venezuela), has a seat very close to the Andes. The Andean origin of the Platicefali is therefore generally probable.

This is all the more interesting, as it is believed by some (Torres) that at least elements of some of these intermediary cultures show affinity with the so-called Tiahuanaco culture, which is probably the Aymará culture.

However, these platycephals are sometimes at enormous distances from the Andes, but this is not surprising, given the configuration of the Amazon river basin, and given the character of fishermen and navigators of these people, which had to allow them to move away from the heads of the tributary rivers of the Amazon in the Andes, in a relatively short time.

The data on the living and the craniological data allow us to think probable that the Platicephalic invaded regions inhabited by two types with high skulls, but which had very different facial characters, that is, one with accentuated Europeanizing characters, the other with Mongolian characters. We cannot induce the existence of these two types other than by finding them well characterized, that is, in a relatively pure state, in geographic territories very distant from each other. The first type is more western and to it belong some lineages of the Purús (and above all the Yamamadi), but it appears to be rejected towards the south by the northern platycephalics, just mentioned, of Venezuela, so that we must think of an origin northern and western. His facial morphology brings us to the Central American type,

The second type is strongly Mongolian and could be said to be oriental, at least with respect to the first. It is represented, in a relatively pure state, by the Bororó. But mostly these two types we see merged with each other. This is very evident eg. in Ipurine.

The first type, which we call Yamamadi, has facial characteristics that we can roughly call Europeanizing, but warning that this word is used in contrast to the other of Mongolian, since, in truth, on the one hand in Europe there are similar types, but not On the other hand, identifiable types similar to Europeans exist in many other regions of the globe.

This type (fig. 2) is characterized by a low and wide facial skull, squared, for a sensitive bigonic distance; the nasal root is well salient, the nose straight or slightly convex, with the tip sloping downwards, so called papuasoid tip.

The skin color is light gray-yellow. The hair is often wavy and tousled. 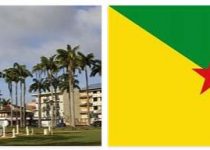 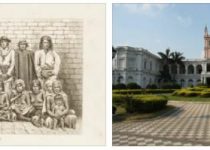 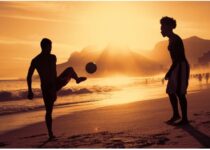