Abbreviated as DZA by Abbreviationfinder, Algeria has undergone a new “Arab Spring” beginning in 2019. The first, an international protest wave in 2011, managed to dampen the regime by using the country’s oil money for various types of investments – but freedom and popular influence did not increase. For the “new spring” the outcome is still uncertain. Freedom of the press and freedom of expression are guaranteed in the Constitution, but are not as secure in reality.

In the spring of 2019, regime critics were seen holding not only demonstrations but also lessons in political science in parks and assembly rooms. That was a challenge in itself: Demonstrations were, in fact, prohibited, and parties that had seats in parliament were mostly those that joined the military-led regime.

The opposition still believes that those who govern the country have not fulfilled earlier promises of democratization and increased legal security, but the demonstrations that began in 2019 have had several effects: There has been a certain exchange of power holders, and people with strong ties to the old circles of power have been confronted correct. Strikes and demonstrations – every Friday and sometimes in between – have been largely tolerated, despite the bans. Media has been able to report on the wave of protests (the demonstrations continued until the corona pandemic in 2020 made it impossible for public groups, which were banned). The regime has given in to many of the popular demands, but activists are still threatened by imprisonment.

Algeria was ranked 106 out of 180 when Transparency International called the corruption in the world 2019, see list here. A number of businessmen and others with close ties to the inner circle of power were arrested, perhaps to appease the opposition. It is too early to decide whether the changes in society will go into depth and become lasting.

When the outbreak of civil war in the 1990s (see Modern history), about 100 media workers were murdered and many were imprisoned or threatened. Islamist groups took on most of the murders, but the lack of independent investigations aroused suspicion that forces within or near the regime were involved.

The state of emergency prevailed in 1992–2011 and provided an opportunity to sentence up to ten years in prison for statements that were deemed to have threatened the state or public order – or which were found to be “false or unilateral”. Newspapers were withdrawn and journalists were sentenced to prison or fined for slander. In 2006, however, virtually everyone was released into an amnesty for political prisoners.

Since the state of emergency was lifted, a new media law was adopted in 2012. An investigation board was established and the possibility of imprisoning journalists was limited. Journalists and bloggers who are considered to have offended or humiliated the President, Parliament, the judiciary or the military are still at risk but can only be sentenced to fines, not to prison. However, it sounds better than it is: journalists can be prosecuted for other alleged crimes that result in imprisonment.

According to critics, the law is vague and leaves room for limiting reporting on, for example, criminal investigations, financial events and security issues. It also contains restrictions on who is allowed to own or control media. In Reporters Without Borders Press Freedom Ranking 2020, Algeria was ranked as country 146 out of 180, see list here.

Most newspapers depend on government printing and the state’s advertising favors government-run media, which contributes to self-censorship. The media avoided writing about President Abdelaziz Bouteflika’s illness for a long time, and when the country was shaken by a major terrorist act in 2013, there was almost no reporting.

During the protest wave that took off for the 2019 presidential election, a “glass roof” burst: Journalists complained that they were prevented from reporting, but major demonstrations and arrests were gaining more attention. Live broadcasts from debates, previously unthinkable, began to occur.

The French-speaking press is more critical of political Islam than the Arabic-speaking.

The government-run newspaper el-Moudjahid was founded as an information agency for the liberation movement FLN and has survived as the party’s propaganda agency. (The liberation movement in its time called soldiers in its own ranks mujahids.) The state-controlled broadcasting company and state radio channels also function as the regime’s speech tube.

TV and radio programs are broadcast in Arabic, tamazight (Berber language) and French. There are privately owned radio channels and in 2011 it was allowed to start private TV.

The Internet is not controlled as strictly as in several other countries in North Africa and the Middle East. During the wave of protests in 2019, the newspaper El Watan reported that almost half of the population, especially the 18-34 age group, had access to social media, where there were also calls for demonstrations.

The legal system is based on both French and Arabic tradition. The Supreme Court (HD) is required by the Constitution to ensure that laws are applied fairly and in the same way in all parts of the country. Underneath them, HD has 48 provincial courts, which in turn are superior district courts that mainly apply Muslim law.

Military courts handle cases related to espionage and state security or crimes committed by military personnel. There, cases are handled as accusations against the president’s brother Said Bouteflika (see Calendar).

Due to the fight against militant Islamism, a state of emergency was introduced in 1992 and it was first lifted in 2011 in connection with demonstrations for democracy. The regime is criticized for not condemning civilian civilians and murders during the civil war, which is estimated to have claimed around 200,000 lives (see Modern History).

A Supreme Legal Council with the President as President and the Minister of Justice as Vice Chairman oversees the judiciary as a whole.

The criticism of the state for human rights violations has not ceased. Arbitrary arrests occur. Representatives of human rights groups, trade unions and media organizations are among those harassed by authorities. The security forces’ hunt for violent Islamists has many times been bloody.

Torture and abuse occur in prisons and detention, where conditions are otherwise miserable. The death penalty remains in law, and death sentences are not uncommon, but as far as is known, no executions have been carried out since the state’s measures against militant Islamists were at its most intense in the early 1990s. 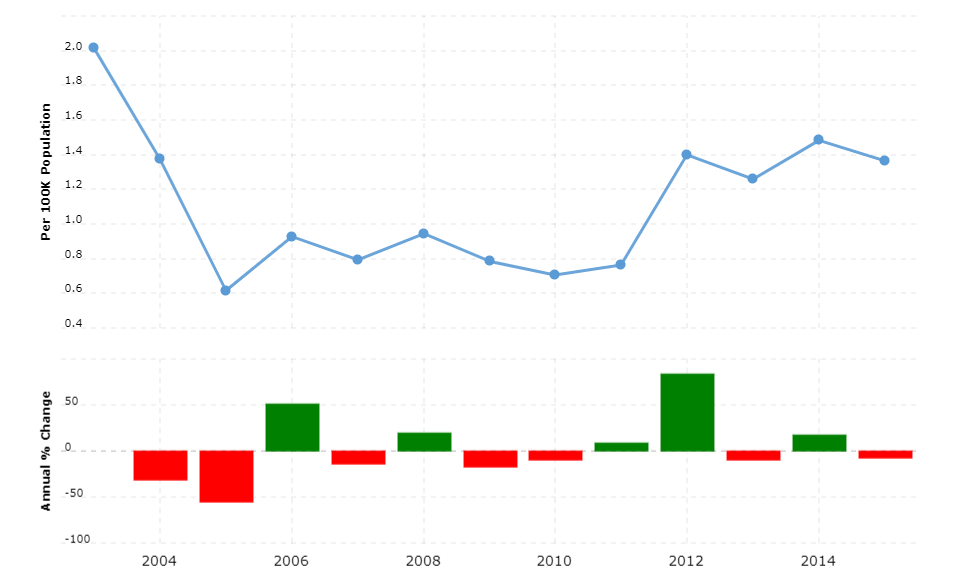 Nationwide demonstrations and strikes are held in protest of high unemployment and inadequate social service.

Algeria, Mali, Niger and Mauritania agree to fight terrorism together.

In an attack on the city of Bordj Bou Arreridj, 18 miles east of Algiers, 21 police officers are killed. The attack is carried out by the Islamist terrorist group al-Qaeda in the Islamic Maghreb (Aqim).

President Abdelaziz Bouteflika is elected president for a third term, with 90 percent of the vote. In second place is the Labor Party’s Louisa Hanoune, with just over 4 percent support.

The government raises wages by 30 percent ahead of the April presidential election. Subsidies are introduced on 15 basic foods and a new law regulates the profit margin on several other foods.

Algeria becomes a full member of the Arab Free Trade Zone (Gafta), whose goal is to create a duty-free area throughout North Africa and the Middle East. 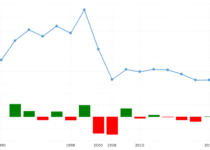 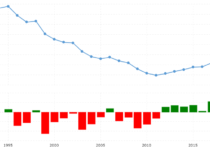 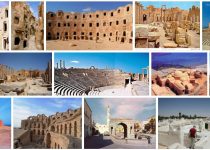